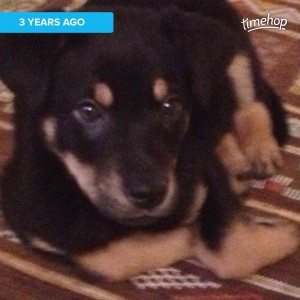 Three years ago, Willie Nelson Neely Harrelson came into our lives and home. It’s funny to think about how little he was! And it’s hard to believe that this was three years ago. As he has grown, he has gained a puppy brother, a job as a therapy dog, and now a mini-human to take care of.

Believe it or not, I was terrified of dogs when I was MH and LC’s age, especially big dogs. We had a Dalmatian named Sparky who lived outside because I had siblings who had dog allergies, and I had been knocked down more than once from his jumping up to greet me. I can remember standing in the carport really close to the door and being nervous and scared as Sparky ran around playing. There was always someone who was close to me and watching me and could pick me up if I needed to be rescued, but I can still remember being terrified, so it’s surprising to much of my family that I ended up in a family and a house with two one hundred pound dogs. 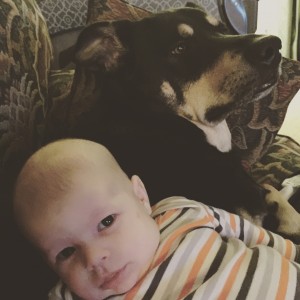 As I watch Waylon laying on MH’s feet as she watches a movie and Willie snuggle with the girls as we read at bedtime and their hands naturally pet the pups’ head, I realize the impact caring and living with another living being can have on kids. Ben already smiles at Willie as he comes and smells his ear, his diaper, and his hands to make sure he is ok. 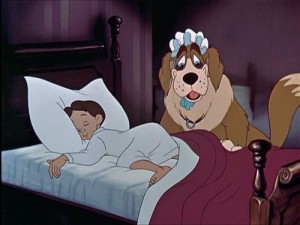 Willie reminds me so much of Nana from Peter Pan. He knows that Ben, LC, and MH are his pack, his pups. He knows part of his work is to care for them and love them. His serious about his work and his purpose in life. I sure am glad he came into our lives three years ago.