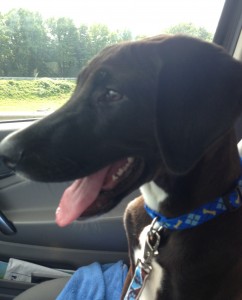 Here’s a video of Willie and Waylon meeting for the first meeting!

We don’t think that Waylon can be therapy dog trained. We adopted him much later than Willie and his scrounging and survival skills from being on the street are still a part of his nature. We do know that he will be a great asset in helping training future members of our pack!