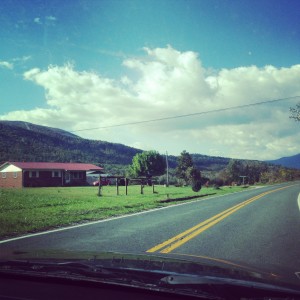 Spiritual abuse is the misuse of power by religious leaders or authorities to manipulate and coerce unquestioned adherence to a particular dogma for that spiritual leader’s own gain. This unquestioned adherence is often obtained through a pattern of conditioning. This conditioning can take the form of repeated dogmatic statements, repeated rituals, but is always used to the end of universal conformity.

The danger of spiritual abuse is that it leaves no room for questions about the religion or interpretation of the sacred text. Instead, the believer is left to depend on the religious leader or authority for interpretation of the sacred text. This denies the individual believer’s spiritual instincts and sense of self in particular when the believer does not fit the dogmatic picture of a believer.

Spiritual abuse can very easily lead to verbal abuse, physical abuse, and sexual abuse because religious leaders or authorities can make abusive practices a part of the dogma or the believer’s path to understanding the divine. Spiritual abuse is not always linked to these other types of abuses, but always involves oppression and forced compliance. These are initiated through manipulation and guilt. Religious leaders and authorities fall prey to spiritual abuse when they try to control the believer’s faith journey and seek to maintain power and control over religious experiences.

In a sense, spiritual abuse is very much like the training of the storm troopers in the Star Wars The Force Awakens. They are trained to perform tasks without questioning or challenging orders. These orders may include mass murder or destruction of planets and all life forms on those planets. The only way to combat spiritual abuse is to question and challenge the dogma and patterns of conditioning used in order to create universal conformity, much like Finn in The Force Awakens who chooses not to kill the villagers.

I write this explanation because I know you are out there. You who has experienced spiritual abuse and still believe. You who sees something more and deeper in the sacred text. You who sees the desperate need that exists in this world.

I appeal to you therefore, brothers and sisters, by the mercies of God, to present your bodies as a living sacrifice, holy and acceptable to God, which is your spiritual worship. Do not be conformed to this world, but be transformed by the renewing of your minds, so that you may discern what is the will of God—what is good and acceptable and perfect.