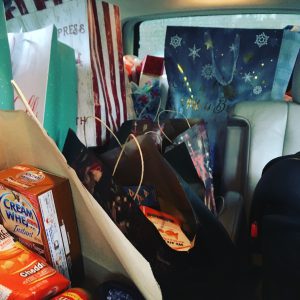 I admit it, I teared up as Handy Manny and his tools delivered gifts to the major for kids whose parents couldn’t afford presents this year. Maybe it was because Ben and I had just returned from Florence where we dropped off presents and bags of food for children who lost their homes or whose parents lost work during Hurricane Matthew. Maybe it was because I am overwhelmed by Santa pictures and Santa Christmas lists and am wondering how as a parent you teach your children to think of the people who don’t have food or toys during Christmas before they rattle off their own lists of wants.

Gross-Loh in her book Parenting Without Borders explains:

In 1970, the primary goal stated by most college freshmen was to develop a meaningful life philosophy; in 2005 it was to become comfortably rich.

This is disturbing because it means our children are thinking first of their own comforts and seeking those comforts whatever the costs. This lack of empathy is part of our culture now and engaging in some of the cultural practices especially around this time of year may just be teaching our children that this is what life is about.

[A] survey of high school students from five different U.S. schools asked them to rank what they wanted in life. Did they want to be happy? Did they want to be good, caring for others? Two-thirds of the students ranked happiness above goodness, and said they believed their parents held the same goal for them.

Perhaps as a parent, I need to revisit my own rhetoric and refrain from saying I want you to be happy or asking what would make you happy and instead ask what would be the kind response? What could you do to show you care for someone? Perhaps as a parent, offering the invitation for our children to choose between thinking about themselves first and thinking of other first would open up conversations and truths within our children we haven’t seen before. Perhaps it’s within this next generation that hope, love, joy, and peace reside if we but offer the space and place to let them be who they are rather than who we want them to be. 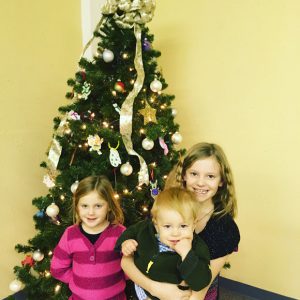