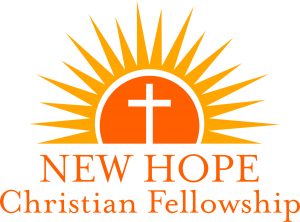 A year ago, I was in the throws of the pastor search process with two churches, both full-time, benefitted positions; both a part of what I thought was the next step in my ministry. As I waited between the first and second interviews, I began packing boxes in our house convinced that we were moving to a new phase and a new place. By the end of June, one church  went completely silent. There was no communication after months of scheduling interviews, emails back and forth, and meeting people in the church. Then, nothing. Not even a response to emails. Just silence. The second church called to let me know that they were calling another candidate, a great choice for them,  someone I knew and respected.

I was left dumbfounded and shocked. I had been so certain that I was being called to full-time ministry and a different place. It was so strange to be in the midst of dreaming and visioning what was next in exciting, new ways and then to find out so close together that neither of those were a possibility. No one told me about the hurt and disappointment that the pastor search process brings.

While I was in the search process, waiting to hear from churches, I started doing pulpit supply at a CBF church start in town called New Hope, a great community of people. I kept telling them that I could do another couple of weeks as I waited and they kept asking me to come back. In the midst of my shock and disbelief that what I thought was next was not in fact next, I kept coming to a community founded on hope, new hope.

Their story was one that was filled with their own stories of pain and disappointment as they moved from different communities of faith to form something different. They had been hurt by the church and yet they still believed that the gospel could change and transform lives. They clung to hope even in the midst of their pain and suffering. In fact, the verse they decided was the foundation of what they were creating was 1 Peter 1:3:

And I just happened to be doing pulpit supply for this community of faith as I encountered the uncertainty and chaos of transition in ministry.

The wilderness teaches us that there really is no way for us to plan our future if we are following God. God is always calling God’s people to new journeys, new names, new identities, and new life just when we feel we have our feet on solid ground. But in communities of faith, there is a theology of comfort and security running wild, rather than the people of God running in the wilderness.

For me, the journey in the wilderness lead me to new hope in the form of a community passionately clinging to hope as their foundation rather than comfort and security. I’m not sure I could have found this new hope had I not first experienced the disappointment as I wandered in the wilderness of the unknown.

Thanks be to God, for continuing to upset and disrupt this minister’s life in truly miraculous ways.