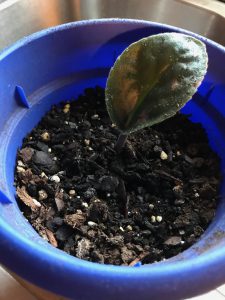 I can remember clearly the first game we played. It was a network/web that was created through yarn tossed back and forth from person to person. We were a group of young clergy gathered together because of a generous Lily Grant and because of CBF Global’s mission to connect, encourage, and assist young clergy. In order to throw the yarn to someone, you had to find a connection to that person. I watched as the yarn went back and forth. These four people had been to a youth summer camp together. These three had been in seminary together. These two were serving college ministry in the same state.

I was the last one chosen.

I hadn’t been involved in CBF growing up. I was raised SBC with SBC roots running from both my mom and my dad’s side of the family. I was the only one from my seminary represented. I was the only senior pastor from my state. I was one of three bi-vocational ministers and one of only two female senoir pastors. I was in a whole new world. Still baptist, still connected, but for the first time I was an outsider.

This week both SBC and CBF will meet for their annual gatherings in the same city. Many people are watching and waiting to see whether the SBC will allow Patterson to preach to those gathered after his dismissal. CBF will gather for the first time after its momental decision to abandon the discrimentatory hiring policy against LGTBQ individuals. This is a historic week in baptist life.

I think back to those early days of ministry as I was coming to terms with my background of spiritual abuse. It was difficult to do the digging up of bad theology and to recognize the way spiritual abuse lingered in my own heart and mind. I didn’t feel at home in the SBC and I didn’t feel at home in the CBF because my bi-vocational life was so different than those who were called to full-time ministry positions. My lack of experience or relationships in the CBF maybe me feel even more like an outsider.

It’s taken me years to re-root myself. My fundamentalist, conservative baptist upbringing taught me to be certain of what I believed and that I was right in those beliefs while others were wrong or misguided or backsliding. I was convinced my sole purpose was to evangelize the world, even to those who called themselves Christians, but were not baptists. As I entered ministry, I was certain I was called, but my seminary education brought more questions rather than answers about biblical interpretation, interpretation history, and traditions in the church.

I don’t think you ever truly recover from spiritual abuse. I am pretty confident that I will always question and be sucipicous about hierarchy in the church, especially unquestioned, unchecked power in the senoir pastor position. I know that I will challenge and agitate to fight against systemic oppression, especially when biblical text is used to defend that oppression, but maybe these are my roots after all. Baptists have always challenged and agitated and fought for every single voice to be heard. Baptists have valued individual expressions of faith and personal relationships with Jesus Christ.

Maybe I have found my roots after all, right where they began, in historic baptist tradition.