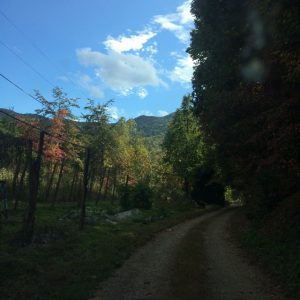 This week in the move to our new office, we moved a bookshelf. As my partner was taking it out the door, the three-year-old started crying. We both stopped for a minute thinking that something had fallen and hurt him, but when we asked if he was ok, he responded, “But I don’t want it to move.” Let’s just say we’re at an age where we are more than a little resistant to changes in environment, schedule, and apparently bookshelves.

He’s not the only one that I’ve heard lamenting change. In my work as an editor and offering advice to writers who would like to become published authors, I often hear: “But I didn’t think I was going to have to change things.” Change is never easy no matter how old we are.

Change is all around us and indeed within us.

When we say we hate change, what we really are saying is that we hate being confronted with the reality that we don’t have control. We like to think that we have created something that will hold and that will remain stable from day to day. And when something bigger than a bookshelf moves or changes, we find ourselves in the same position as our three-year-old crying and reaching out for things not to move and change.

What if instead, we clung to the reality that things are always changing and that change is the only constant we can depend upon. Then we would ride the waves of the air current, marveling at the way that sun moves across the sky, and being astounded by all the work our bodies do every single minute to keep us breathing.