There are many middle schoolers who are being told to be quiet in class, to sit still in class and to not be distracted by all their technology. For 6 hours a day, they are often unengaged and disconnected.

Then they go home.

They pull out their iPods, turn their phone off of vibrate, check their facebook, post pictures through Instagram, text, chat and completely forget about their day at school because it’s so unlike the individual engagement that they experience.

Marketing teams ask for contact information and birthdays in order to engage their audience.

What??? You didn’t know it was my birthday? Shame on you for not asking!

Your competitors didn’t have any trouble asking me for it when I subscribed to their email list or liked them on Facebook. Simply asking me to let them know when my birthday was, so they know when to send my gift, did the trick. Because hey, who doesn’t like gifts on their birthday?

Something teachers would benefit from remembering.

Many districts and principals are actively fighting against teachers facebooking with students. Is this restriction impeding student success and disconnecting the classroom from the interactive world that students engage on a daily basis?

Yes, I Facebook with students.  In fact, I accept every request they send my way, because it is an incredible way to take seriously what I believe about relationships and learning.

I bring it up, because I had a fantastic exchange with an Algebra 2 student yesterday, and it couldn’t have happened if I refused or was prohibited from using Facebook with my students.

An Algebra 2 student of mine sent me a message last night saying, “Those Vi Hart videos are pretty crazy, The doodle games can get so absorbing.”  I of course loved this for lots of reasons.  Math was seeping its way into his life, and he was spending his own time thinking mathematically and scratching the math itch.

Students doing extra work and thinking about what they have learned in the classroom after school is reason enough to facebook with students.

I just attended Vinny O’Hare’s session at ASW12,which was incredible. Vinny is what is good about affiliate marketing. He’s 10 years of experience in the industry and could easy capitalize on the information that he has gleaned, up he chooses to share it to help other affiliates (even giving a take home suggestion to analyze your website).

I’ve been to teaching conferences were they share some information, but then if you want more details then you have to pay for unit plans and lesson plans rather than sharing to help fellow teachers.

Thanks, Vinny for being the real deal and showing a newcomer what it’s all about.

Twitter has been blowing up because the No Child Left Behind Act is turing 10 on Saturday. Education Week has put together a powerful compilation piece that relays the feelings surrounding this controversial legislation.

So where has this piece of legislation that promised so much left us?

And actually that’s exactly what it was intended to do.

If you dig a little deeper and investigate the National Reading Panel’s report, you’ll start to question whether our public schools were in the dire state that the report alleged they were.

It’s even more suspicious when you consider how companies like Pearson have benefitted from the legislation (particularly if you start looking at where political campaign money).

For 10 years, teachers have been at the mercy of this political game.

Isn’t it time to stop this?

As I was listening to NPR yesterday, I was struck by their analysis of the occupy movement.

They commented, quite surprised themselves, that the occupy movement is

already more creative and popular than many other social movements

In asking why, they actually provided important marketing advice for new affiliates. The occupy organizers thought through their plan before they even began. They didn’t absentmindedly pursue many different avenues, but stuck to simplicity.

They chose the word  occupy that can be used in a variety of different contexts.

They chose a catchphrase We are the 99% that is so inclusive that it appeals to almost everyone.

They chose to communicate through social media.

In a closing statement, one of the organizers commented

We will take whatever form we need to take to get where we need to go.

Are affiliates willing to do the same?

Are affiliates willing to change and adapt to the ever increasing use of mobile devices?

Seems like we could learn something from the occupy movement.

Teaching in the midst of standardization makes it hard to help foster unique individuals and the way they learn.

They have a plan.

They have a purpose.

And you feel lost.

Understandably, you find it hard to chose which social media avenues to pursue and which to leave unexplored.

Currently Facebook boasts somewhere in excess of 400 million users and growing. You’ve probably heard this line by now, but If it were a country it would be the third largest in the world behind China and India only. There’s a pretty good bet that some members of your ideal target customer reside in and visit Facebook land, but the trick is to find them.

Then again, maybe you will drive traffic to your site by becoming known for not pursuing facebook as an affiliate. 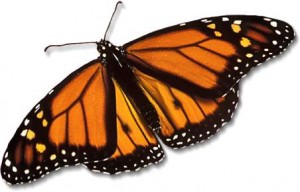 After your ideas have simmered and you have a good idea about what you want your affiliate marketing experience to be, then you have your wings.

In other words, you are ready to fly.

Once you have read and crawled around in the world of affiliate marketing, you have to let the ideas simmer.

I have no doubt that there are going to be many more teachers marketers in the near future nor do I doubt that schools are going to have to market smarter is they are going to remain a viable entity within the world of private companies trying to capitalize on the perception that public schools are “failing.”

What I can’t predict is where this journey of discovering the world of affiliate marketing is leading me.

Well, except to Vegas! 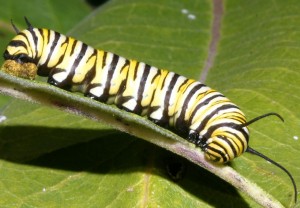 Once you realize that you have some applicable experiences as a teacher that would serve you well in the world of marketing, you have to crawl around in the affiliate marketing world.

Before you can come up with anything to say, you have to read, read, read. 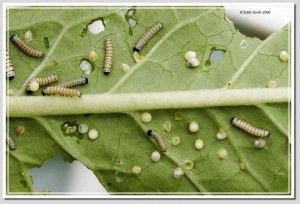 In order to envision yourself as a marketer, you have to consider how many applicable experiences teaching has given you for the marketing world.

You know how to sell. How many students have you convinced to try something that they claimed they “hated?” How many parents have you persuaded that you were really working with them and not against them?

Teachers learn how to communicate and how to clarify miscommunications, but most importantly how to interact with people.

At the heart of marketing is people.

At the heart of teaching is people albeit younger, but still people.